History of the Club

The First World War in 1914 brought an end to the steady growth of the Club; the course was reduced to 12 holes again, due to lack of labour, but play was permitted "without payment". On re-opening in 1919, W Herbert Fowler, "an architect of some considerable repute", was employed to re-design the course and by the early 1920s Saunton was gaining a reputation as one of the finest links courses in the country.

In 1923 an exhibition match was arranged between Harry Vardon (6-time Open Champion and a US Open Winner) and J.H.Taylor (5-time Open Champion). Then in 1929 another exhibition match was arranged to celebrate the opening of a new Clubhouse, which we still use to this day. It was between J.H.Taylor, James Braid and the up and-coming Sir Henry Cotton!

The British Ladies' Championship came to Saunton in 1932 for the first time, when members of the US Curtis Cup team were competing. From then onwards the Club has hosted a large number of prestigious events. (See the list of Championship Events.)

In 1935, it was recognised that Saunton needed a second course and J.H. Fowler was again asked to design it. This new course is now known as the West Course.

However, in 1939 a Second World War again 'interrupted play', and the courses and Clubhouse were occupied by the military until 1951. The whole area was extensively used as a battle training ground prior to the D-Day Landings and the Americans based a large number of tanks in the dunes. As can be imagined, the courses suffered immense damage during this period but the Green Staff and some German Prisoners-of-War had the East Course up-and-running by January 1952.

Meanwhile, the West Course was re-designed by Frank Pennink and re-opened in 1974. Further work, however, was required to bring the standard of the greens up to those of the East Course and they were all re-laid in 1987-8.

Since then, both courses have been updated with the enlargement of many tees and the introduction of new bunkers to try to keep up with the improvement in golf equipment!

Despite the proliferation of new courses nationwide, Saunton's two courses have stood up well to the competition. The East Course is ranked No.22 in the Golf World 'Top 100 Courses in England' and the West Course is No 71. 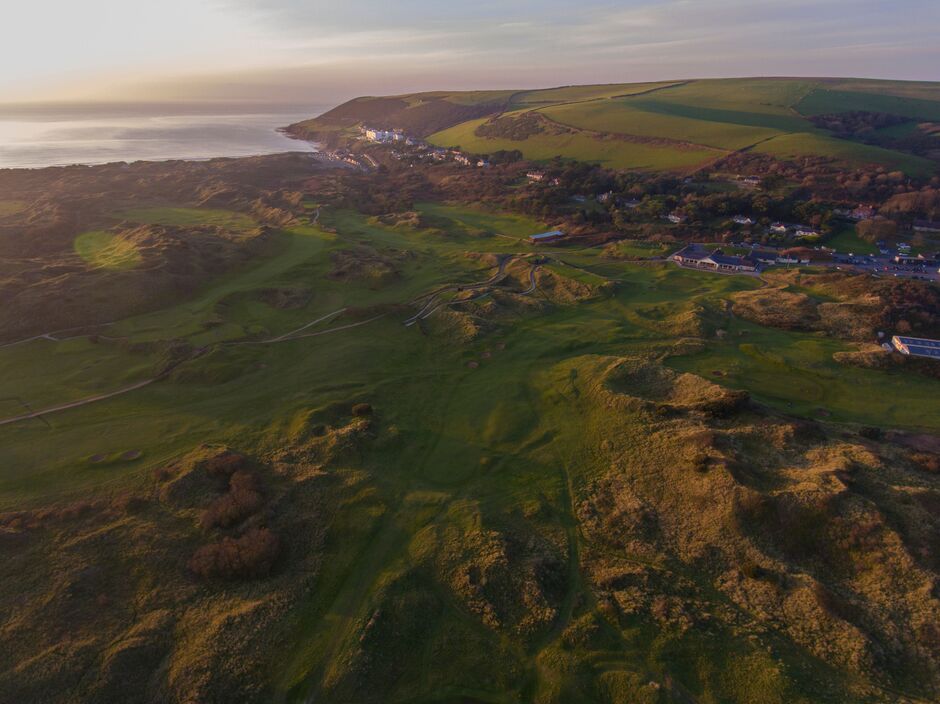